Amazing heroes in astonishing adventures! Black Widow races against time to thwart a dark plot threatening Europe. Captain Marvel rebels against an empire and declares a star war! Jersey City's new sensation, Ms. Marvel, hones her powers - and her costume! She-Hulk and Hellcat delve deep into the mysterious Blue File, and dig up a Marvel Universe-wide conspiracy! The all-new Thor has her hands full with Absorbing Man and Titania - not to mention the de-hammered Odinson and his ever-cranky All-Father! Plus: Thrill to a selection of strange tails of the unbeatable Squirrel Girl! They're a force to be reckoned with, and the 'A' stands for 'awesome!' 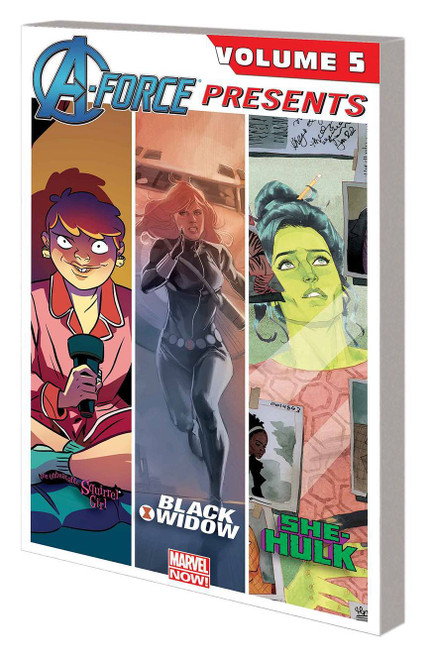